Speaking of being thankful, HUGE thanks to Amber for this.

The Newcomers – Too Little In Common To Be Lovers

Obviously an awesome song on its own, but even more interesting if you’re as captivated by this song as I am.

Aalyiah – I Care For You

It’s gonna be tough topping last year’s Thanksgiving trio, but I feel like I have even more things to be thankful for this year than last, so it wouldn’t be right to not give it a shot.  Thanks to everybody for everything.

SHE’S GOT A FRECKLE IN AN INTERESTING SPOT…

I think a few of you might recognize somebody in this video….

This is real.  I just wish my niece was old enough to color.

Reeve flattered me the other day in the comments to this post, claiming he’d “polled the readers” of DRIVE SLOW and the “consensus” was that they wanted my opinion on this track.

I have my doubts that there is a large number of people out there that Reeve is in touch with that are anxiously awaiting my opinion on specific obscure rap mixtape tracks, but I’ll humor him on this one because it actually is a pretty cool and interesting track.  I wrote a post back in April about Juvenile‘s push to regain some of his fading relevance and my mixed feelings about the results, and I unfortunately feel kinda the same way about the stuff I’ve heard him put out since then, too.  Rejuvenation didn’t really do much for me, not that I felt betrayed or that it was a total waste of time or anything, it just felt like Juvenile forgot all the things that make him sound like himself.  It’s like he became convinced that his own style isn’t enough so he adopted this obviously weaker, more watered down, and basic style just to distance himself from what he used to be doing.  I’m not one of those dudes that thinks that artists need to stick to the styles they start out with forever, hell I even stuck up for Snoop Lion when that stuff came out, but I just like it when the changes feel genuine, and Juvenile’s stuff lately doesn’t feel that way to me.  It feels like he’s trying to rap like somebody else, which, as I mentioned in my previous Juvie post, isn’t doing anybody any good.

That said, “100 Grand” is still an awesome song.  I’m sure Iamsu! was stoked to share a track with such a legendary artist, I’m totally happy for him about that, he deserves it.  And Iamsu! sounds great, the beat is great, and Juvenile’s verse is, well, fine.  It gets of to a little bit of a rough start, and hearing him talking about buying stocks feels a little strange.  But there’s still some lovable Juvenile in there peeking out the whole time; his voice is still captivating and his flow, while a shadow of its former self, is still pretty good compared to a lot of other rappers.  I just can’t get as excited about it as I would be about tons of his previous material.  Like here is a track I chose at random from his back catalog that I had in my collection.  Tell me this doesn’t grab you 500% more than verse 2 of “100 Grand“.

I hope this satisfies my breathless readership, you all just let me know if I can offer my opinions on any other pressing topics.

Daft Punk – Something About Us

YOU DESERVE IT, AMERICA

I mean “Signed, Sealed, Delivered” is totally cool and everything, you’ll never catch me talking anybody out of playing that song.  I’m just sayin’ how cool would this have been for the victory walk?

Future – You Deserve It 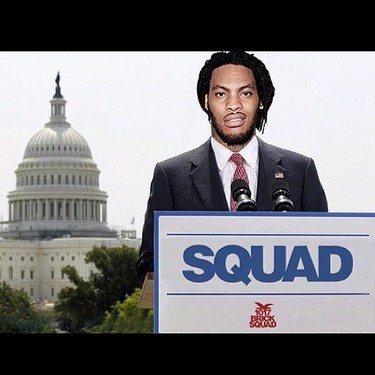 THE WORLD IS TOO BIG

I know people aren’t making these kinds of songs for this round, but I hope a few people still have some enthusiasm this year.  Fingers crossed.

Ok we gotta wrap this up.  I didn’t cover all of em, look the rest up yourself if you wanna know the rest.  Here’s the shortest, funniest one (use your imagination around 1:17) followed by the mellowest, most heartfelt one.

The Chakachas – Yo Soy Cubano

Used in “Backseat Freestyle” and “Sing About Me, I’m Dying of Thirst“, respectively.